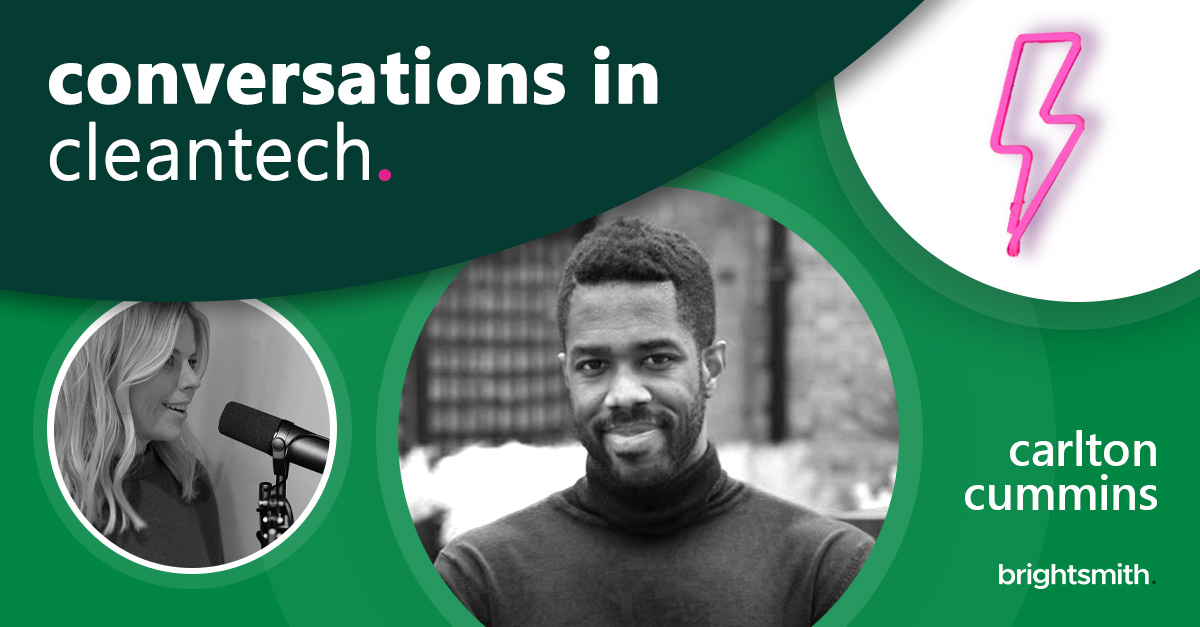 From being named shell young entrepreneur of the year in 2017, featuring on the Forbes 30 under 30 and being named as one of the top 10 entrepreneurs of Barbados – Carlton Cummin's accolades are certainly impressive, before even looking at his credentials as a Brunel graduate, CTO and co-founder of the ground-breaking battery tech company, Aceleron.

Carlton’s cleantech company, Aceleron, believe that it is their duty and responsibility to design products that meet the needs of both our present and our future.

Guided by circular economy principles, they have created the world’s first battery that is fully maintainable, capable of upgrades and with more capacity than ever before.

Serviceable, scalable and upgradable, Aceleron have engineered with the whole world - not just the developed world - in mind, a principle which shows in the modular nature of their battery tech.

Read on for Carlton’s key insights into his mission to make batteries more sustainable, and be sure to listen to the podcast in full here.


Tell us a little about yourself, your background and where your journey has taken you so far?

I was born and raised in Barbados, so an island boy by definition. I've always been really excited and interested in making things which led me along an interesting trajectory.

In high school, I used to do fine art and technical drawing, those are my two really high interest subjects, alongside electronics. When I went into university I transitioned from the world of art and design to engineering and further transitioned into mechanical engineering from my undergrad.

Unfortunately, there were no electric vehicles in the Caribbean, so I jumped on the bandwagon of the solar electricity industry, in particular solar photovoltaics that allows homeowners and families to transition from fossil fuel powered homes to solar electricity. I worked in that area for three and a half years, and then I realised there was more that could be done.

I wanted to study wider in the area of renewables, clean technology, and sustainability, which is how I ended up doing a Master's in the UK, in Sustainability and Entrepreneurship in Design. And one thing led to another, and to me starting a battery business in the UK focussing on sustainable energy storage.

What really inspired you to found Aceleron?

The origin story really started with an interest in the electric vehicle industry. While most people or companies are focused on how to scale up and build the technology, myself and my co-founder were really interested in what happens to these batteries afterwards. We knew there was a lot of reuse potential, alongside a high demand for energy storage for the renewables space. So, we wanted to find out if there was a possibility to reuse electric vehicles for stationary applications.

From the early research we conducted, as we were both involved in low emissions consultancies, we realised one of the key issues at that time in the UK was how the batteries were made. They weren't designed with any consideration for end of life, and as a result, it was really hard to reuse the batteries.

We took that insight, and we reimagined “what if you made a battery with a full lifecycle in mind, a battery designed to be produced, repaired, repurposed and easily recycled?”. That's actually where the origin of Aceleron came from, where we wanted to redesign how nickel batteries to enable a more sustainable life cycle. Lifecycle is a jargon term, but any product typically has three typical cycles – one where it is made, one where it is used, and one where it is no longer valuable and needs to be recycled.

A lot of times people focus on one segment. Instead, our approach was to think about a battery throughout all of its life cycles, therefore making a battery that was that would facilitate all these cycles. So as a company, we’ve created batteries that are optimised for serviceability, enabling repair, reuse, and recycling. This helps to reduce the battery waste problem and to manage the longevity issue of batteries.

We’ve also made it so our batteries are really easy to upgrade. This means that as battery technology improves, people who buy our batteries are not stuck with today's technology in five or 10 years’ time. So that's what we've really been trying to unlock as a company, to fundamentally make batteries more sustainable.

For those who aren't as familiar with the battery tech space, is there anything specific that you can share with them about what that looks like as an industry and where it's going?

Batteries are an enabling technology, and it’s a relatively simple technology that's been around for a very long time. A battery is basically an energy bucket that allows you to store energy once it's been produced, so it can be used later when there’s actually a need for it. It's vital when looking at renewable energy, because the sun doesn't stick around and the wind doesn't always blow when you want it to, so to really match generation with actual demand, you need something that sits in the middle to store energy.

One of the popular types of battery technologies that has really taken off recently is lithium-ion technology. We do believe that there will be several other forms and chemistries that will appear but lithium-ion is one of the more popular ones because it has economies of scale. It’s used in a really small device like your cell phone, all the way up to electric cars.

The world has got really good at making them; the challenge is the world hasn’t really thought very much about what happens to them over time. They're made on a linear production model, using what are called permanent assembly methods. This involves a lot of welding, a lot of permanent fastening that can’t easily be taken apart.

It’s a lot like that device you have that you'd really love to fix, but was never made to be fixed - a cell phone is a great example. Often is battery degrades long before you actually want to change your phone, to the point where you’d like to change the battery but the way they the battery inside, it's not valuable for you to try to change the battery.

Enjoyed this article? Listen to the full podcast here, and connect with Carlton on LinkedIn to follow his journey into making batteries more sustainable.